Sales 2.0, Hollywood, and the Death of the (Outside) Salesman 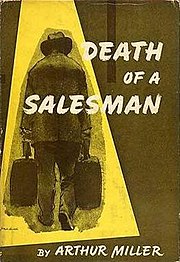 Yesterday I talked a little bit about the coming Inside Sales revolution, and the impact it will ultimately have on sales organizations, sales culture, and the companies that rely on them.

And I realized that there’s a much larger comparison that can be made between Hollywood and the current sales industry.

Like many sales managers, Hollywood likes to think of itself as “innovative,” “pushing boundaries” and “creating something” where there wasn’t something there before.

And like many “old guard” sales managers, Hollywood is deluding itself.

They’re GREAT at seeing a niche and filling it. But due to a culture of risk aversion, they no longer create the niche.

Give them a space to fill and Hollywood will dump a GDP’s worth of effort into it; just don’t expect them to create the space itself.

There are, of course, exceptions to this rule—The Matrix, Avatar, and the Pixar movies immediately come to mind—but if you look back at all of the summer blockbusters for the last 15 years, how many of them were based on existing intellectual properties? The Batman films by Christopher Nolan. Spiderman. The Bond franchise. X-Men. Terminator Salvation. Sherlock Holmes. Iron Man. Mission Impossible.

So why does this matter?

It matters because just like Hollywood, the old guard of sales and marketing are stuck in the same cycle.

There are exceptions, but upper-crust sales and marketing managers are still largely holdovers from the Willy Loman, “Death of a Salesman” era. Face-to-face selling and closing. Be on site. Outside sales practices.

To the sales “old guard,” inside sales was grunt work, desk jockeys with “no real sales skills” whose sole purpose was to supply good leads to the “real” (read: “Outside”) sales people.

(The apex of this paradigm, incidentally, was captured brilliantly in David Mamet’s play and subsequent film, Glengarry Glen Ross.)

And it worked pretty well, all the way up until somewhere between 1999 and yesterday.

Oh sure, some of the old guard pay lip service to technology. They see the “convenience” of gadgets, and an iPhone or iPad sure looks great too, even if it’s used as little more than a glorified phone + rolodex.

But they’re not innovating sales, marketing, or lead response processes with technology.

In some ways, they may even feel that the “new guard” Inside Sales rep is something of a fraud—little more than a techno-whiz using gadgets and the Internet to make life “easier,” when everyone knows that “real” sales is done face-to-face.

Like Hollywood, “Old Guard” sales and marketing has too much invested in the status quo. They report too high up the food chain, and have too many other supposedly “big picture” problems to embrace the changes that will define the sales industry a decade from now.