Gung Ho and the Coming Inside Sales Revolution

“If all a sales person can do is talk about the product, then for sure their job is at risk to technology . . . . The role of sales is going to have to evolve to [provide] a value-add, or otherwise they may well not be needed in the process.” 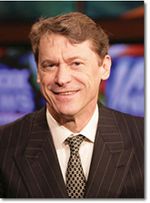 “We have entered the ‘displacement economy,'” he states, “where new technology drives out the old ways of doing business . . . The reality is that some companies are already leveraging technology, not to save time, but to save the high expense of keeping salespeople on the payroll.”

In other words, “Old guard” sales has a problem on its hands.

Very soon—next week, next year, in the next five years—whether they like it or not, entrenched “Outside sales” mindsets will either adapt, or die.

From the same article:

ConnectAndSell VP Simon Blackburn states, “Sales technology often magnifies the poor performers. Sales managers often hesitate to let salespeople go, because they sometimes think that their salesperson had bad luck. But when the sales manager sees how much better the other salespeople perform with the new technology, then it becomes much easier for the manager to let the poor performers go.”

XANT CEO Dave Elkington adds,“About 65% of our clients will use the benefits of the new technology to grow their business and 35% leverage the technology to reduce head count . . . . But what’s most interesting is that some of our clients are leveraging technology to drive their competition out of business. In that case, it’s not only salespeople who lose their job; it’s the entire staff that loses their jobs.”

Even if head counts don’t change, adds Jigsaw co-founder Garth Moulton, “In the transfer of resources from higher paid, more expensive employees to much more efficient Sales 2.0 teams, there is considerable cost savings.”

So what does it all mean?

There’s a mostly forgettable 1986 American comedy film by the name of Gung Ho, starring Michael Keaton, that explored (albeit superficially) the changing of an “Old guard” Detroit automotive production line by a Japanese buy-out.

The story highlighted the differences in culture between East and West, the struggles to implement a new manufacturing process (read: Six Sigma), and how ultimately the two sides were able to reach a synthesis to produce a better company, and a better working culture.

The revolution of the “Inside Sales takeover” shares striking similarities to the Reagan-years auto industry.

The employees who were able to adapt to the new auto manufacturing processes, integrate new technologies, and work within the new system were able to remain employed—because they demonstrated they still held value.

Those who didn’t, or couldn’t adapt got axed.